How to select InfiniSpring® for a fan? 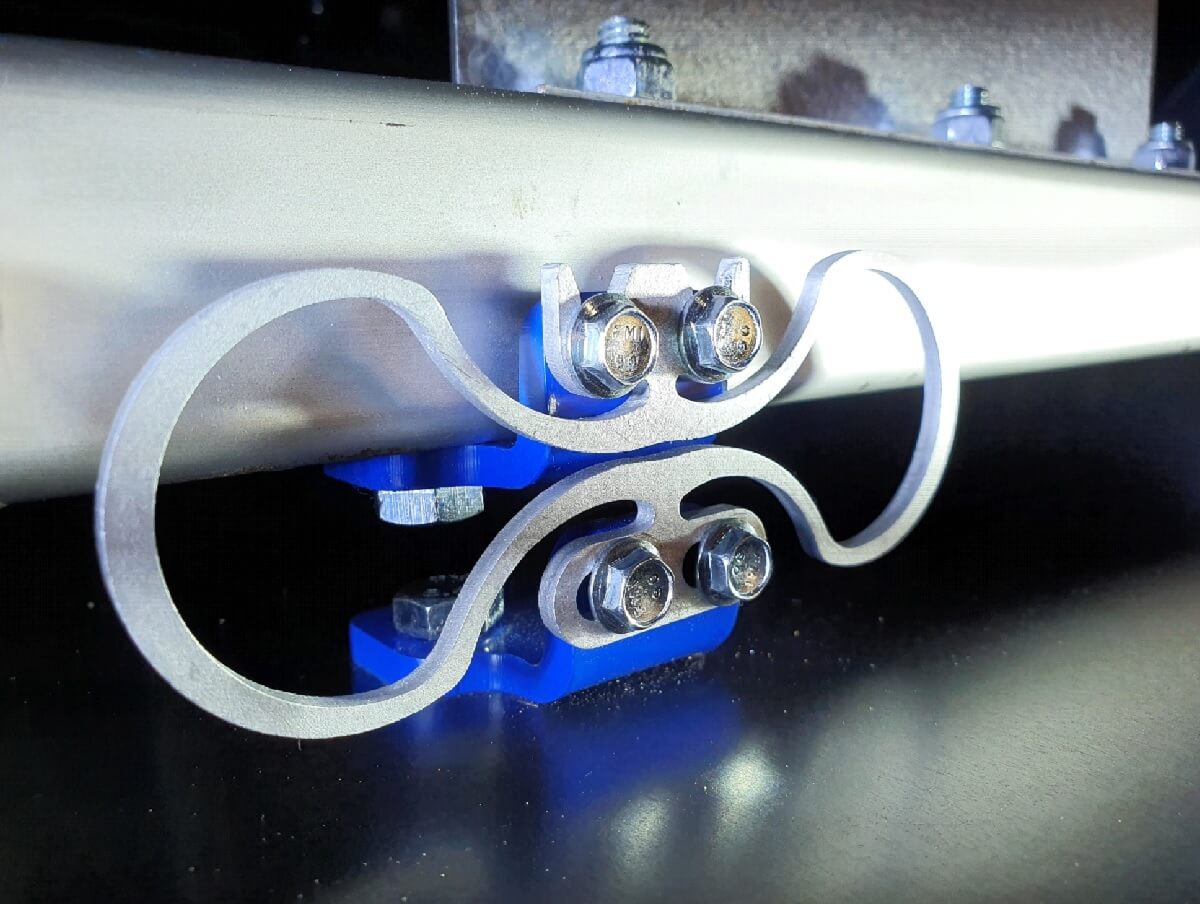 The test case fan is equipped with a 2.2 kW electric motor, which is controlled via variable-frequency drive. The motor nominal speed is 1440 rpm. The fan is used in air handling units and typically equipped with rubber elements. In this article InfiniSpring®-springs are dimensioned below the fan. 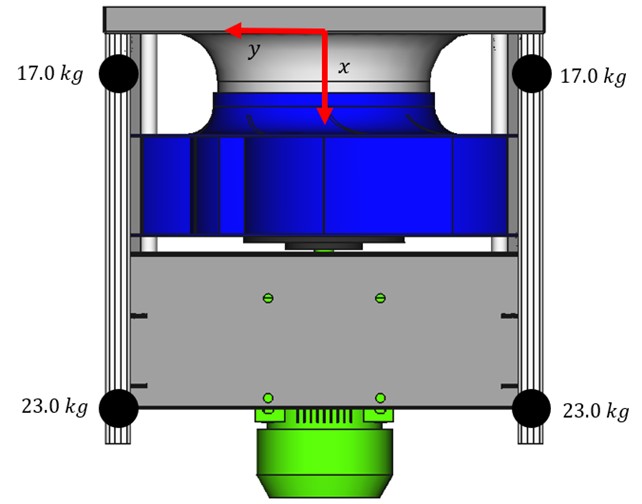 The fan originally had four springs and four InfiniSpring®-springs were chosen to be used in the fan. Spring selection can be made with following steps:

Table 1. Vertical nominal loads of a single spring from the datasheet. 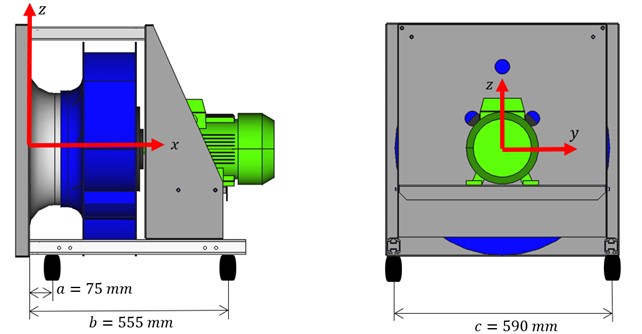 First the centre of mass x-coordinate is calculated. After this the location for the motor end spring is chosen. In this case 65 mm from the end of the 584 mm long attachment aluminum bar is used, Figure 3. Spring locations from the zero-point location are then calculated as follows. 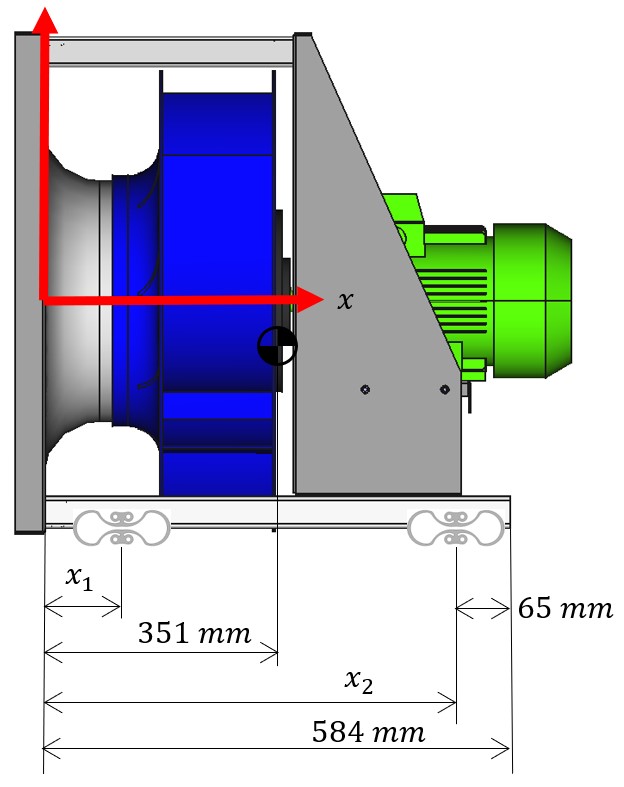